The Greek Cross of Five Squares is the Admission Badge to the “Ritual of the Cross and the Four Elements” in the Portal grade.

The Greek Cross of Five Squares is the Admission Badge to the “Ritual of the Cross and the Four Elements” in the Portal grade. It symbolizes the equated forces of the four elements ruled by the fifth element of eth or Spirit. In addition, the number five alludes to the powers of the pentagram; this cross could well be described as a pentagram in the shape of a cross. It is also described in the Portal ceremony as:

“…a Cross of corrosion, corruption, disintegration and death. Therefore doth it fall in the Paths of Death and the Devil, unless in Hod, the Glory triumpheth over matter and the Corruptible putteth on Incorruption, thus attaining unto the beauty of Tiphareth; unless in Netzach, Death is swallowed up in Victory and the Transformer becometh the Transmuter into Pure Alchemic Gold. `Except ye be born of Water and the Spirit, ye cannot enter the Kingdom of God.”

The Greek Cross of Five Squares is designed to be worn by the candidate. It is given to the candidate as a symbol of his or her various component Elemental “parts” which must be carefully purified, consecrated and equilibrated. Only then can the true Stone of the Wise be found within as a source of strength and inspiration. 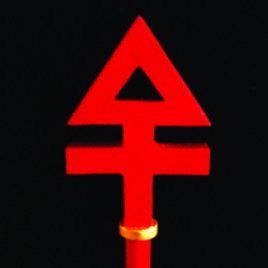 The Sulfur-headed wand is the scepter of the Second Adept in the Portal Hall (The Second Degree).
not rated $140.00 – $200.00 Select options 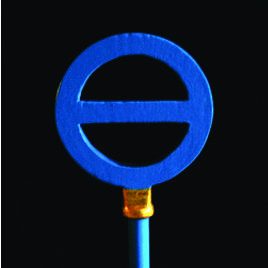 Featuring the artwork of Sandra Tabatha Cicero. Pick any Tarot card.
not rated $15.00 Add to cart
We use cookies on our website to give you the most relevant experience by remembering your preferences and repeat visits. By clicking “Accept”, you consent to the use of ALL the cookies.
Do not sell my personal information.
Cookie SettingsAccept
Manage consent