A Guided Visualization into Hod: Hod is the eighth Sephirah and the sphere of splendor. The splendor of Hod is the glory of the divine intellect and the rational mind that is a gift to humanity from God. This is the level of consciousness and the logical, reasoning mind. Hod is where we learn and where we communicate with others (as well as with ourselves). The eighth sphere governs writing, trade, magic, travel, thought processes, the accumulation of knowledge, and the exchange of ideas. Mercury, the planet of communication is assigned to this Sephirah. Summary: The student travels from Malkuth to Yesod to Hod, where he encounters the archangel Michael and the angelic choir known as the Beni Elohim. He is granted a vision of the library of Thoth, known as the House of Life. He also witnesses the legend of the poisoning of Isis’ child Horus by a scorpion, and his return to life by Thoth’s words of magic. He is also granted a vision of the use and abuse of knowledge.

A Guided Visualization into the 29th Path of Qoph: The Twenty-ninth Path runs between Netzach, the seat of the emotions, and Malkuth, the sphere of the “body” whose life-functions are controlled by the motor impulses. Thus this path embodies the intuitive faculties which are a by-product of the unconscious. It is the great unknown, the deep dark well of the subconscious–a source of some of our greatest visions, as well as our most repressed fears. Summary: From Malkuth the student journeys up the path of Qoph where he encounters Oannes, the fish-god of wisdom who teaches the ancient Babylonians about the birth of the universe, and the evolution of civilization.

A Guided Visualization into the 28th Path of Tzaddi: The Twenty-eighth Path connects the emotive mind in Netzach with the Astral Foundation in Yesod. It is therefore a path of deep meditation and contemplation. This is focused meditation, a higher form of the meditation found on the previous path.The process of focused meditation involves concentrating on certain symbols that act as portals to inner knowledge of the cosmos. Through meditation, one consciously participates in the expansion of universal understanding. Summary: Journeying from Yesod, the student continues up the path of Tzaddi where he is afforded a vision of the Garden of Eden, the creation of Adam and Eve, and their expulsion from the Garden. Later, the ancient Greek drama of the star-crossed lovers Endymion and Selene unfolds before him. Finally, he attempts to return to Eden, where he meditates and is granted a vision of the great goddess Aima Elohim.

Other Pathworking audios in this series: 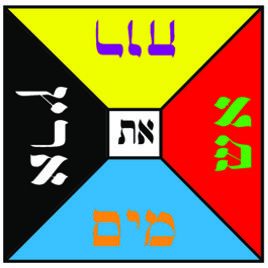 The Pyramid of the Four Elements is the Admission Badge for the Twenty-eighth Path of Tzaddi in the 4=7 grade of Philosophus in the Outer Order.
not rated $75.00 Select options 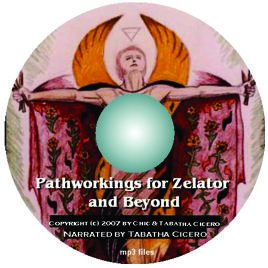 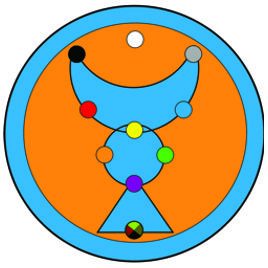 The Stolistes Cup Admission Badge grants the candidate entry into the water temple of the Sephirah Hod in the Outer Order.
not rated $30.00 Select options
We use cookies on our website to give you the most relevant experience by remembering your preferences and repeat visits. By clicking “Accept”, you consent to the use of ALL the cookies.
Do not sell my personal information.
Cookie SettingsAccept
Manage consent