The Pyramid of the Four Elements is the Admission Badge for the Twenty-eighth Path of Tzaddi in the 4=7 grade of Philosophus in the Outer Order.

The Pyramid of the Four Elements is the Admission Badge for the Twenty-eighth Path of Tzaddi in the 4=7 grade of Philosophus in the Outer Order. On the four triangles are the Hebrew names of the four Elements: Ash—Fire, Maim—Water, Ruach—Air, and Aretz—Earth. On the apex is the word Eth, composed of the first and last letters of the Hebrew alphabet ta and implying essence or Spirit. The square base represents the material universe and on it is the word Olam meaning “World.”

The word “pyramid” is derived from a root word which means “fire,” signifying that it is the symbolic representation of the one divine flame. A pyramid can easily be likened to the “Mountain of God,” which was believed to stand in the center of the earth. The four sides of the pyramid are triangular to represent the three-fold aspect of the divine enthroned within every aspect of the four-fold universe.

Pathworkings for Philosophus and Beyond 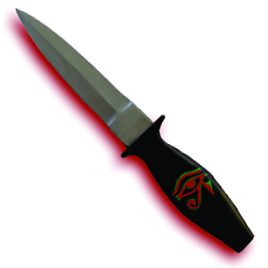 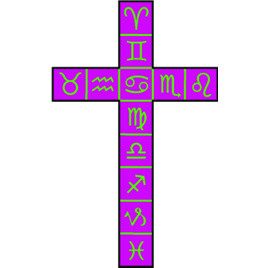 The Calvary Cross of 12 Squares is the Admission Badge to the Path of Qoph in the 4=7 grade of Philosophus in the Outer Order.
not rated $65.00 Select options

The Phoenix-headed Wand is the implement of the Second Adept who represents the active, fiery  masculine principle and the Sephirah of Geburah.
not rated $210.00 – $260.00 Select options
We use cookies on our website to give you the most relevant experience by remembering your preferences and repeat visits. By clicking “Accept”, you consent to the use of ALL the cookies.
Do not sell my personal information.
Cookie SettingsAccept
Manage consent