A Guided Visualization into the 27th Path of Peh

“The Twenty-seventh Path is the Active or Exciting Intelligence, and it is so called because through it every existent being receives its spirit and motion.” The 27th Path of Peh is called the “Active or Exciting Intelligence.” This denotes a great flurry of cosmic activity on the path that runs between Netzach (emotions/fire) and Hod (intellect/water). This lowermost of the horizontal paths reflects the whirling motions that produced Kether from the Limitless Light at a low level on the Tree where all energies are more clearly felt by “every existent being” in the physical realm. Through the activity of the Exciting Intelligence, all created beings are vitalized with “motion” and infused with “spirit.”

Summary: The student travels from Malkuth to Hod, and continues on the path of Peh, where he witnesses the great Babylonian epic of Creation as told in the Enuma Elish, the battle between the gods of light and the gods of chaos.

A Guided Visualization into Netzach

Netzach is the seventh Sephirah and the sphere of victory and emotion. The victory of Netzach is the realization of the beauty and life-force that the Divine has placed in all manifested things. It is the love of nature in all her aspects. The seventh sphere is the realm of the passions that drive humans to the creative arts. Netzach is the sphere where humans begin to feel the presence of the gods with the emotions. This is also the Sephirah of social consciousness and of interpersonal relationships. Venus, the planet of love, is attributed to Netzach.

Summary: The student travels from Malkuth to Yesod to Netzach, where he encounters the archangels Haniel and the angelic choir known as the Elohim, the gods. He is given a vision of the temple of Aphrodite-Urania, where the intense devotion of a priest is rewarded by the manifestation of his beloved goddess.

Other Pathworking audios in this series: 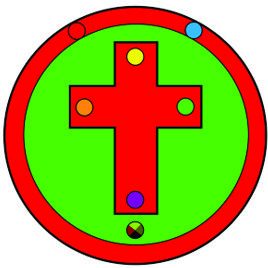 The Hegemon's Cross Badge is a form of the Calvary Cross of Six Squares. It grants the candidate entry into the grade of Philosophus in the Outer Order.
not rated $30.00 Select options 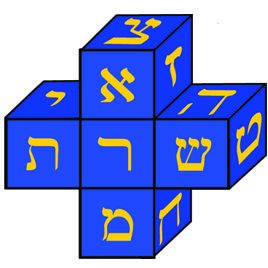 Save on complete sets of Admission Badges! Individual Admission Badges are described here.
not rated $70.00 – $215.00 Select options
We use cookies on our website to give you the most relevant experience by remembering your preferences and repeat visits. By clicking “Accept”, you consent to the use of ALL the cookies.
Do not sell my personal information.
Cookie SettingsAccept
Manage consent