Featuring the artwork of Sandra Tabatha Cicero. This set of four posters depicts the Archangels associated with the Golden Dawn’s Pentagram rituals.

11 in stock (can be backordered)

Featuring the artwork of Sandra Tabatha Cicero. This set of four posters depicts the Archangels associated with the Golden Dawn’s Pentagram rituals. Each 11 x 17 inch poster is signed by the artist.

Raphael is the great winged Archangel of Elemental Air, whose name means “Healer of God”. Stationed in the East, Raphael is visualized as a tall, fair figure standing upon the clouds in robes of yellow and violet. He holds the Caduceus of Hermes as a symbol of his Healing Powers of Intellect.

Michael is the great winged Archangel of Elemental Fire, whose name means “Perfect One of God”. Stationed in the South, Michael is visualized as a masculine Archangel dressed in robes or armor of red and green. He stands in the attitude of a warrior amid flames. Bearing either a sword or a spear as both a weapon and a symbol of masculine fire energy, Michael is the vanquisher of evil and protector of humanity.

Gabriel is the great winged Archangel of Elemental Water, whose name means “Strong One of God”. Stationed in the West, Gabriel is visualized as a feminine Archangel standing upon the Waters of the sea wearing robes of blue and orange. She holds a chalice of Water as a symbol of her creative, fertile powers of Consciousness in all its forms.

Uriel (or Auriel) is the great winged Archangel of Elemental Earth whose name means “the Light of God”.  Stationed in the North, Uriel is visualized as rising up from the vegetation of the Earth holding stems of ripened wheat and wearing robes of citrine, russet, olive and black. 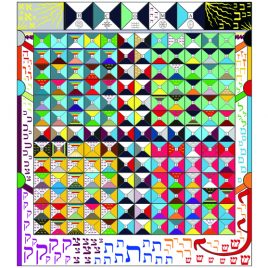 There are the only Enochian Tablets to fully utilized all four Color Scales of the Golden Dawn. The four Elemental Tablets shown here have been recreated by Sandra Tabatha Cicero, based upon Westcott's originals. The Tablet of Union is an original Cicero creation based upon information derived from the other four Tablets. Further information on all of these Tablets can be found in The Book of the Concourse of the Watchtowers. The Tablets are 11" by 12" in size. They can be purchased as POSTERS in a set of 5 for $80, or mounted on wood in a set of 5 for $200.  They are signed and dated on the back by Chic and Tabatha Cicero.
not rated $70.00 – $200.00 Select options 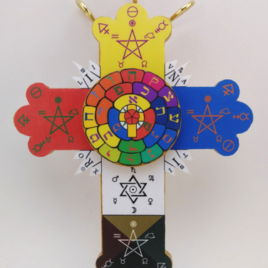 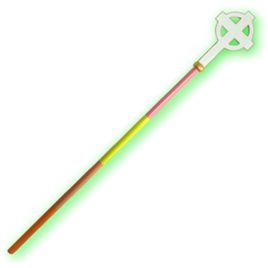 The Rose Cross Wand is a non-traditional Golden Dawn-style wand created by Chic and Tabatha Cicero and featured in the books Secrets of a Golden Dawn Temple and Creating Magical Tools. It was designed specifically for use in the traditional Rose Cross Ritual of the Second Order.
not rated $120.00 Add to cart
We use cookies on our website to give you the most relevant experience by remembering your preferences and repeat visits. By clicking “Accept”, you consent to the use of ALL the cookies.
Do not sell my personal information.
Cookie SettingsAccept
Manage consent