The Fire Wand of the Z. A. M. is used in all magical workings pertaining to the nature of elemental Fire and is under the presidency of the Hebrew letter Yod and of the “Wand of the Tarot.”

Qualities of Fire: active, masculine, spontaneous, quick, initiating, initializing, vitalizing and energetic.The most physical expression of Fire is the visible, active phase of combustion manifesting in heat and light. The Element of Fire was seen by the alchemists as an Element which operates at the center of all things, as well as the “agent of transmutation” because all things are derived from and return to Fire. This Element is seen as the great Supernal Father energy — the “seed” force of the universe. It is an Element with two purposes: (1) it is an expression of spiritual energy and the determination of the Spirit, (2) it purifies, burns and destroys the old so that the new may emerge. Thus it is a symbol of transformation and regeneration.” Excerpt from Self-Initiation into the Golden Dawn Tradition

How the Adept uses the Fire Wand

The Fire Wand of the Z. A. M. is used in all magical workings pertaining to the nature of elemental Fire and is under the presidency of the Hebrew letter Yod and of the “Wand of the Tarot.” It should not be used in anything other than a ritual which involves the elements.

The shape of the Fire Wand is a cone mounted on a shaft. Cirlot states that the symbolism of the cone may be derived from the association of the circle with the triangle or pyramid. Some writers have stated that it is a solar symbol. The flaming Yods painted around the cone firmly establishes its masculine Fire energy.

The other Elemental Tools of the Adept include the Earth Pentacle, Air Dagger, and the Water Cup. 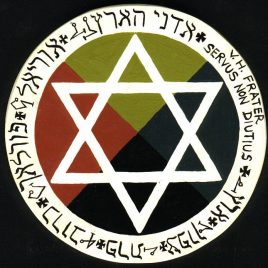 The Earth Pentacle of the Golden Dawn is used by the adept in all magical workings pertaining to the nature of Earth, and is under the presidency of the Hebrew letter Heh Final, and of the “Pentacle of the Tarot.”
not rated $50.00 – $80.00 Select options 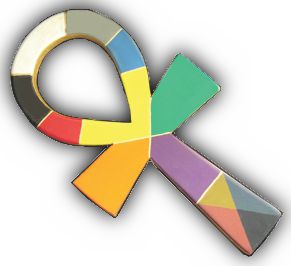 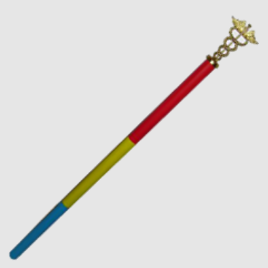 The Caduceus-topped Keryx Wand
not rated $120.00 – $160.00 Select options
We use cookies on our website to give you the most relevant experience by remembering your preferences and repeat visits. By clicking “Accept”, you consent to the use of ALL the cookies.
Do not sell my personal information.
Cookie SettingsAccept
Manage consent